It has been so, ever since Kangana Ranaut took on Karan Johar in ‘Koffee with Karan’ and gave him the title of ‘flag bearer of nepotism’. Ever since then, this created a national topic of debate and media headlines. “Nepotism/Favoritism v/s Outsiders”.

Nepotism existed in Bollywood since decade which went unnoticeable since we always wanted entertainment. Let’s go back to 70-80’s where we got few finest actors (incl.outsiders and starkids) like Rishi Kapoor, Amrish Puri, Amjad Khan, Anil Kapoor, Sunny Deol, Sanjay Dutt, Anupam Kher, Naseeruddin Shah, Jackie Shroff, etc. Yes, it is a very long and unending list! But tell me honestly, is there any one among the above mentioned names who have not proved their work??

What is nepotism in bollywood ?

Nepotism only gives the privilege to get a grand launch in the film industry and after that they have to prove their talent through hard work. Remember, the video of an interview where Siddhant Chaturvedi gave an amazing reply to Ananya Pandey speaking on nepotism.

“Everyone has their own struggle. The only difference is ‘jahan humare sapne poore hote hain, wahan inka struggle shuru hota hai (their struggle begins where our dreams are fulfilled)

Do we actually understood his reply?? I believe No!

We, public has a big role in proving Nepotism a curse. Bollywood is a very ruthless industry and there is no gray area. In fact, star kids have the added pressure of keeping the legacy of their family alive and are under intense media scrutiny and pressure. The actors like Tusshar Kapoor (son of veteran actor Jeetendra and the younger brother of Ekta Kapoor), Abhishek Bachchan ( son of actors Amitabh Bachchan and Jaya Bachchan), Neil Nitin Mukesh (son of playback singer Nitin Mukesh), Arjun Kapoor (son of film producers Boney Kapoor), Uday Chopra ( son of the late Yash Chopra and brother of Aditya Chopra) etc. are still struggling to prove their talent.

Public at large has to digest the fact that being born in a star family has its definite advantages and no one can deny that. It is not the fault of the star kids that they have borned in star family. At the same time, you have to know that there is no substitute for hardwork and talent, no matter who you are Ayushmann, Kangana, Alia or Ranbir. Bollywood is a huge industry and in the 21st century India, you only need talent and strong work ethic to succeed. Public now demands good script and brilliant acting in Bollywood, where there is no shortcut.

Brilliant reply from Sushmita Sen when asked about Nepotism “how did you survive nepotism in Bollywood?”

Bollywood is a huge industry and in the 21st century India, you only need talent and strong work ethic to succeed. Public now demands good script and brilliant acting in Bollywood, where there is no shortcut. There is no point on boycotting good actors based on their connections in Bollywood, rather we should focus on appreciating good acting without any discrimination. 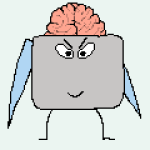